In Pursuit of Education and Happiness, Too

Just like drink eight glasses of water a day, get at least 8 hours of sleep at night and go to your dentist twice a year, study hard is one of those advices that everyone knows but needs to be reminded every now and then. 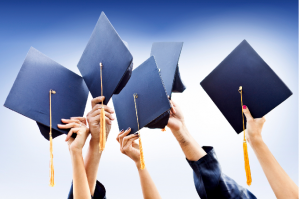 There was never a time when education was not important. Yes, formal education was not available to the serfs back in the Middle Ages or to African American slaves when they were brought to the Americas or to women until the 1800s – but even then, it was essential.

It was so essential that people who wanted to learn found ways to do exactly just that, even if they did not have the means to do so. They did so even if it meant derision from their ‘betters’ and death, in some sad cases.

Intrinsically, we all know education is important. But why, exactly, is it of the essence? If a two-year-old asked you what’s the big deal about school, what are you going to tell him?

That is hard; there is no doubt about it. But, it will be helpful if you too knew what education really is for.

Education, first and foremost, is enlightenment.

Well-known and highly reputed scientists and artists of the Renaissance Period like Leonardo da Vinci were curious as to how the world and everything in it worked. They knew that there was so much more than what Vatican believes as real. A lot thought of them as crazy people. The church considered them as heretics. But, they carried on and, today, they are deemed as fathers of knowledge in specific areas of learning.

Education gives knowledge. And we’re not just talking about what those amazing scientists and artists have found out. We’re talking about perspective in life that helps us form opinions and varying points of view. Because we have confidence in our personal judgment through education, we are able to build strong characters and progress in our career of choice.

Not everyone will give this as a reason for education but, all those mentioned above put into consideration, it has a huge impact on nation building. An educated populace is a progressive populace. And when a nation is holistically developed, the people are content.

Burning the midnight oil would help you pass that really difficult exam your ‘terror’ professor has in store for you tomorrow. But getting an education is so much more than passing that test. It’s about preparing yourself for what life has in store for you. So study hard.

If you are student at this time, studying can really consume all of your energy. But in the end, you will realize that the hardships of completing your education are definitely worth it.